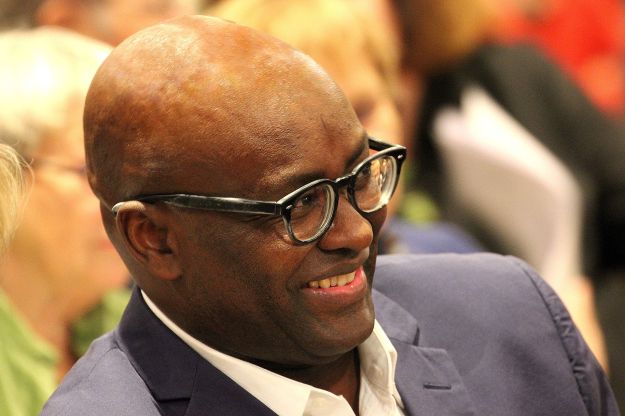 So much virtual ink has been virtually spilled over a letter in Harper’s, signed by intellectuals and authors and public figures with an unlikely range of political orientations, but united by opposition to “a new set of moral attitudes and political commitments that tend to weaken our norms of open debate and toleration of differences in favor of ideological conformity” — what the media call “cancel culture” — that it’s time to ask whether the history of mathematics also contains episodes or individuals we might want to consider cancelling.  A ripe candidate for cancellation is Oswald Teichmüller, who explained in the fall of 1933 why he organized a boycott of Edmund Landau’s lectures, after the Nazis came to power earlier that year:

Through yesterday’s action a completely new situation has now been created. In order to restore peace in our institute it is necessary, above all, to clear up the fundamentals behind it. You spoke of your belief that what happened yesterday was an anti-Semitic demonstration. My standpoint was, and continues to be, that an anti-Jewish individual action might rather be directed against everyone else than against you. I am not concerned with making difficulties for you as a Jew, but only with protecting – above all – German students of the second semester from being taught differential and integral calculus by a teacher of a race quite foreign to them. I, like everyone else, do not doubt your ability to instruct suitable students of whatever origin in the purely abstract aspects of mathematics. But I know that many academic courses, especially the differential and integral calculus, have at the same time educative value, inducting the pupil not only to a conceptual world but also to a different frame of mind. But since the latter depends very substantially on the racial composition of the individual, it follows that an Aryan student should not be allowed to be trained by a Jewish teacher.

What I find troubling is not so much that courses on “Teichmüller theory” are being taught in Bonn — practically every year, apparently — but that this year, in the very same state of Nordrhein-Westfalen (NRW), an otherwise little-known member of the Landtag for the Free Democratic Party named Lorenz Deutsch called for cancellation of  the invitation of the philosopher and political theorist Achille Mbembe (pictured above) to give the opening speech at the Ruhr Trienniale arts festival.  Deutsch accused Mbembe of antisemitism for having signed a South African BDS petition, and of “relativizing” the Holocaust, rather than recognizing its Einzigartigkeit.    What began as a provinzielles politisches Hickhack, in the words of Deutsche Welle, turned into “Causa Mbembe,” the dominant theme in the spring’s German social debate (“beyond” Coronavirus, again according to Deutsche Welle) in which the full resources and richly polysyllabic vocabulary of German speculative philosophy were brought to bear on a handful of marginal passages in Mbembe’s collected works, both in support of and in opposition to their author.  The multiple ironies of the debate were not lost on the 700 African intellectuals whose open letter to German Chancellor Angela Merkel and President Frank Walter Steinmeier recalled Germany’s own bloody history as a colonial power (Mbembe’s native Cameroon was for a time a German colony).

Soon after “Causa Mbembe” began, the Ruhr Triennale was cancelled, ostensibly because of Coronavirus, although the festival’s director had offered to maintain the event in another form; Mbembe’s speech was cancelled along with it.  That this decision was part of a pattern of cancellations of intellectuals and artists, whose positions on the Boycott, Divestment, and Sanctions movement were considered out of bounds for German public discourse, was noted in a letter signed by 426 artists and intellectuals, but the Harper’s letter ignored this state-sponsored version of “cancel culture.”

But to return to mathematics, how would we go about cancelling Teichmüller (and Ernst Witt, and Ludwig Bieberbach, just for starters)?  We could rename Teichmüller spaces after a prominent victim of the Nazis — Anne Frank, for example — or after Landau himself.   Colleagues who object that neither Frank nor Landau had anything to do with Teichmüller spaces (or Witt vectors, or the Bieberbach Conjecture) can be referred to Stigler’s law of eponymy — which is applicable well beyond mathematics:  Medici didn’t design the Medici Chapels, Rockefeller didn’t build Rockefeller Center, Saint John the Divine didn’t build his Cathedral…

The whole tradition of assigning names to things in mathematics is totally out of control and always has been; mathematics has no central naming authority comparable to the Internet Corporation for Assigned Names and Numbers, although names of theorems and mathematical structures undoubtedly have a longer half-life than domain names on the internet.  Whether or not we eventually choose to embark on a full-scale iconoclastic renaming campaign — and to run the risk that we will soon find reason to regret our choices once again — it would be wise to remember that our profession’s patron saints were not only flawed human beings but that, in many cases, benefiting from racism was among their flaws.  Thus Science magazine pointed out just over a year ago that Isaac Newton’s theory of gravitation was developed with the help of figures “from French slave ports in Martinique,”  and reminds us that the Royal Society “invested in slaving companies,” as did many of my own university’s early benefactors.   (Leibniz, on the other hand, did once develop the argument that chattel slavery is morally impermissible.)

Gaspard Monge, who participated in Napoleon’s expedition to Egypt — the first modern European attempt to dominate the Middle East — had been the Minister of the Colonies under the Girondin government; at no point in his career did he allude to the Sainte-Domingue slave revolt of 1792, the main event that took place while he was Minister, and there is no indication that he protested when Napoleon reestablished slavery in 1802.  A bit later we have the case of Charles Dupin, remembered as a politician rather than a mathematician, but still a member of the Académie des Sciences and sufficiently concerned with mathematics to have managed to get Legendre’s pension restored. If he is indeed remembered as a “liberal” politician it was for his defense of slavery, “with the help of statistics”:

It makes no sense to say that Dupin’s ideas were in the spirit of the times; Condorcet had already refuted them 50 years earlier, in his Réflexions sur l’esclavage des nègres.  Even if Condorcet’s proposal, that would have fully eliminated slavery only after 70 years, is hardly compatible with current values, I would think twice before voting to cancel this particular mathematician, whose statue in Paris was already cancelled to provide metal for the Nazi war effort.

There is a substantial literature on the behavior of mathematicians and their institutions in Nazi Germany (see Michèle Audin’s review  of the book by Reinhard Siegmund-Schulze, and the references at the end).  When a comparable study of the role of mathematics and mathematicians with regard to slavery and colonialism is available, we can ask the question raised in the Science article mentioned above:

Now that the link between early science and slavery has come to light, an important question remains: What should scientists do about it?

Historians say acknowledgment is a start…

2 thoughts on “Whom shall we cancel?”

Also by the author

Dispatch From the Oscars of Science, slate.com, November 19, 2014

Do Androids Prove Theorems in Their Sleep?  (slighly longer version of article published in Circles Disturbed, A. Doxiadis and B. Mazur, eds.)


Sudden disorientation in a Paris museum,  Notices of the AMS,